Questar III names technical school after its late board VP

Questar III BOCES recognized its late board vice president Donald Kline today at a ribbon-cutting event at the Hudson-based school now named in his honor. The Donald R. Kline Technical School – which replaces the former Columbia-Greene Educational Center – honors the legacy of the late Donald Kline, who dedicated his life to public service.

Questar III District Superintendent Dr. Gladys I. Cruz said it was fitting to name the school for Kline, who served on the BOCES Board of Education for 38 years – the longest of any board member in its history.

“We would not be standing here today without the leadership and service of Don Kline. We remain indebted to Don for commitment to public education and hands-on learning. I want to thank him – and our current and past board members – for their service and volunteerism,” said Cruz.

Dr. James N. Baldwin, who retired as Questar III District Superintendent in 2014, said the school stands as a tangible reminder of Kline’s legacy.

“Don Kline was a man – always in the arena – ambitious, enterprising, valiant, enthusiastic, and devoted – a doer – a person who spent himself in worthy causes and who knew the triumph of high achievement on behalf of others,” said Baldwin.

Kline served on the Questar III board from 1975 to 2013. For nearly 40 years, he helped guide our BOCES through numerous initiatives, including the merger of Rensselaer & Columbia BOCES with Greene County BOCES in 1977, the addition and renovation of the two technical schools in Hudson and Troy, the adoption of the name Questar III in 1994, and the expansion of programs and services to help meet the evolving needs of our students and districts. 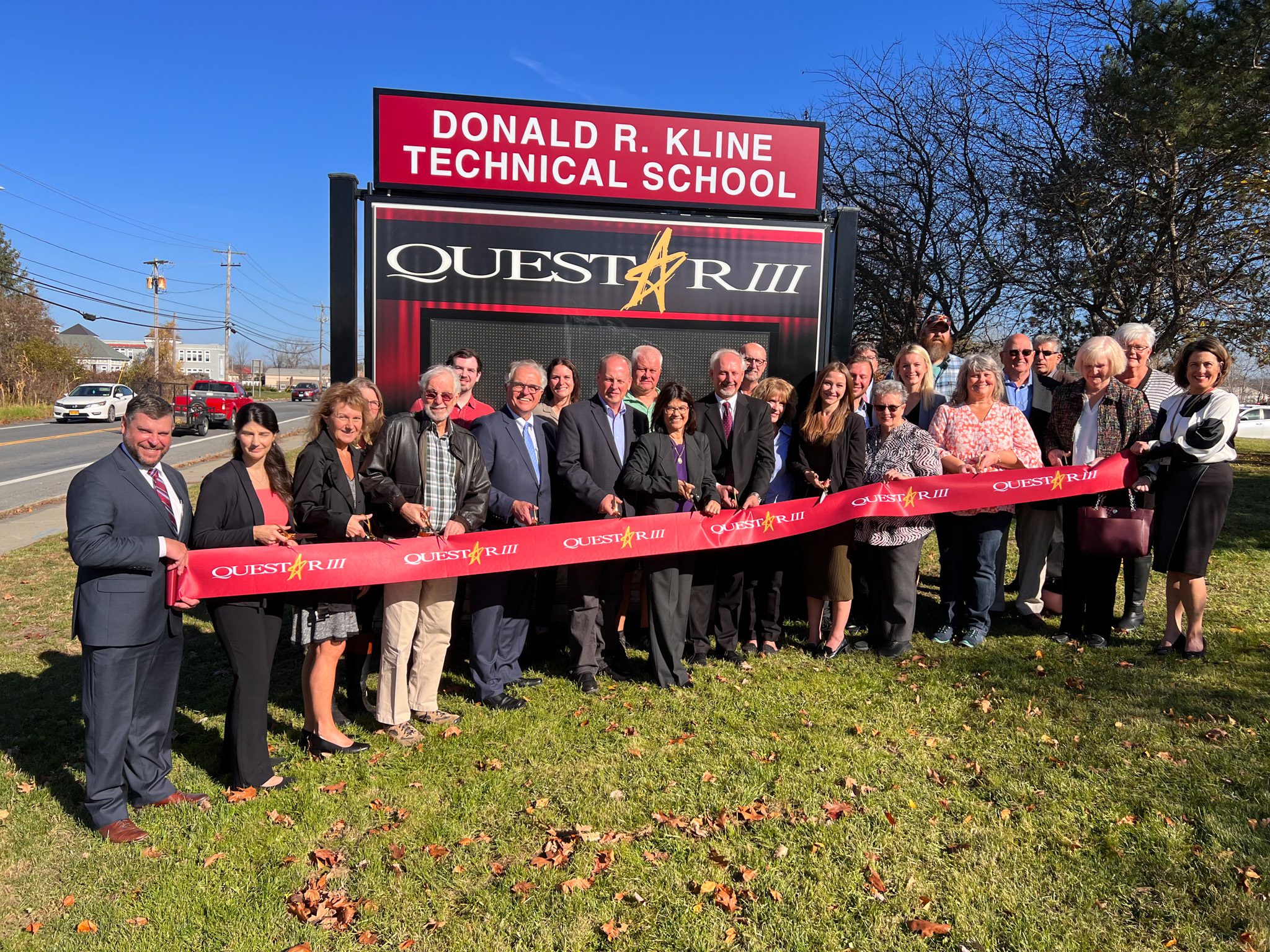