Building a School and Hope in the Dominican Republic 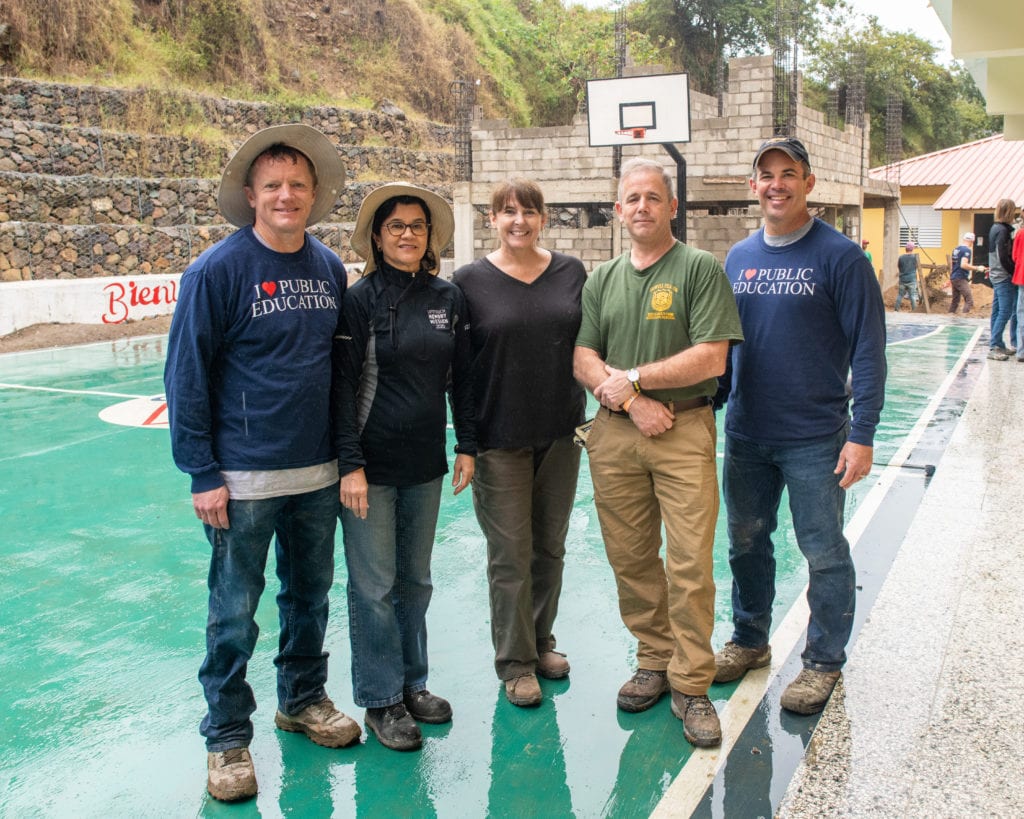 Cruz and the other volunteers from AASA

This mission was not the first mission to the Rio Grande community – in fact, this is a community where just a short decade ago there were no schools for hundreds of children living on the beautiful mountainsides in Constanza. The Lifetouch Foundation (and many volunteer groups prior to us) had begun to change the outlook for the children in Rio Grande, Constanza. We learned that Constanza was one of the Dominican Republic communities with the highest percentage of illiteracy – a community where children had long worked in the fields with their families.

Our journey began in Atlanta, GA, where we all gathered as strangers without knowing that in just a few days, we would develop friendships that will last a lifetime. The journey we were about to embark on was about more than building an addition to a school, it was about building hope in a poverty-stricken community. This trip was special because beyond the physical building, building hope for a better education and a better future for children is an admirable enterprise. The possibility of changing the future of children is why 36 years after being in education I continue to love what I do. Education is a great equalizer – one that guarantees a better future for children across our state, country and world.

We departed the next morning in a direct flight to Santo Domingo, the capital and a well-known tourist area in the Dominican Republic. We arrived at our hotel in Constanza late that evening after a very long bus drive though city and curvy roads. Once we arrived, we had very little time to get settled in our villas – villas we shared with 4-5 other volunteers on the mission – and eat dinner with our new friends.

The next morning, the Mission organizers facilitated activities that would bring us together to experience some cross-cultural activities. Excitement was building as we prepared to visit the school and worksite that afternoon. Once we arrived, we quickly organized in a circle to learn from our native construction workers about the work we were about to begin. We sifted sand, carried buckets of rock and sand, bags of cement, and cinder blocks – we were full of energy to get to work to build the addition to the school. One of our first tasks was to mix rock, sand, cement and water to build the staircase from the first to the second floor. The native construction workers seemed to be happy that they now had another 50 sets of hands to aid them in their work. We quickly learned how to lay bricks and build the walls for the addition of the school. The work was very rewarding as one quickly saw progress from one’s efforts. 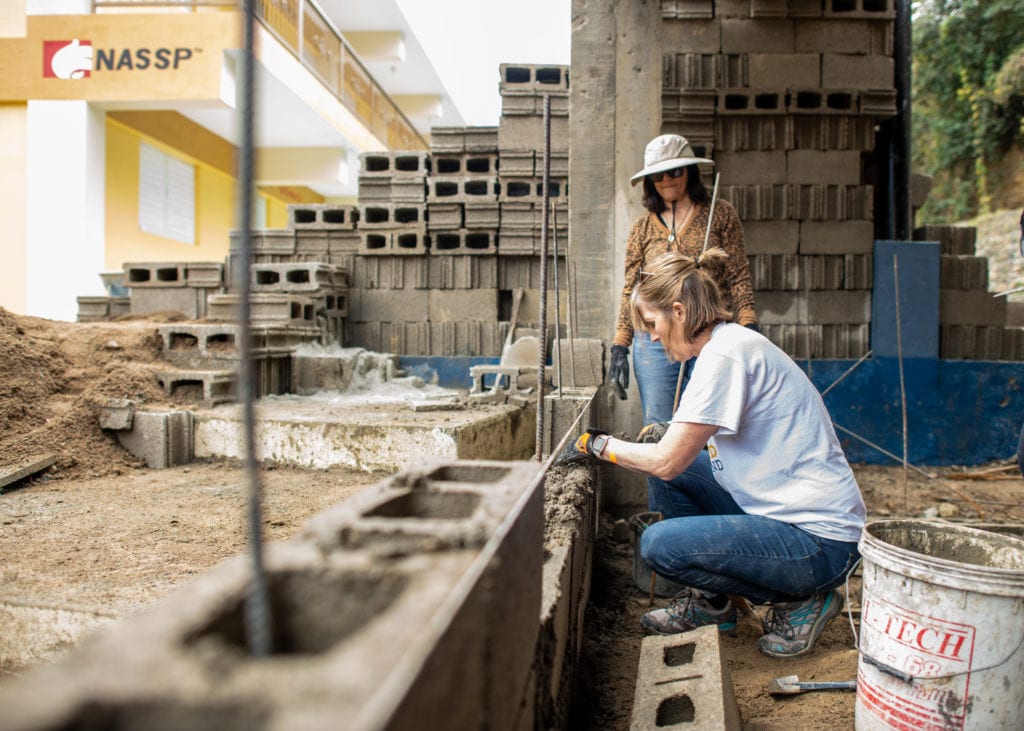 Part of the work the group took on was building walls for a new addition to the building.

That afternoon we saw the school children from afar – they seemed to be happy to have visitors – they smiled and waved to us. The next few days we would get up early, dress in work clothes and head to the worksite. We lost no time once we arrived at the worksite each morning, we quickly found a task to do – sifting sand, mixing cement, or laying blocks as we watched the school walls grow before our eyes. The thought that in a few short months – our work will be completed, and the children of Rio Grande, Constanza will have a library, an infirmary and a computer room is very rewarding.

On day two and beyond, the school administration gave the children recess and time to meet us – their new friends. Children immediately came close to the adults, played with us, communicated with us and gave us many hugs. We had been instructed to bring toys to play with the children so that we did – we had balls, frisbees, jump ropes, bubbles, balloons, card games, coloring books and crayons and much more. We probably overwhelmed some children with so much stuff they were unaccustomed to – stuff that really doesn’t lead to happiness in life. As a native Spanish speaker, I had the advantage of being able to communicate with the children, the staff and the families freely and I did. I quickly became a translator for others in the group – an assignment that I greatly enjoyed. 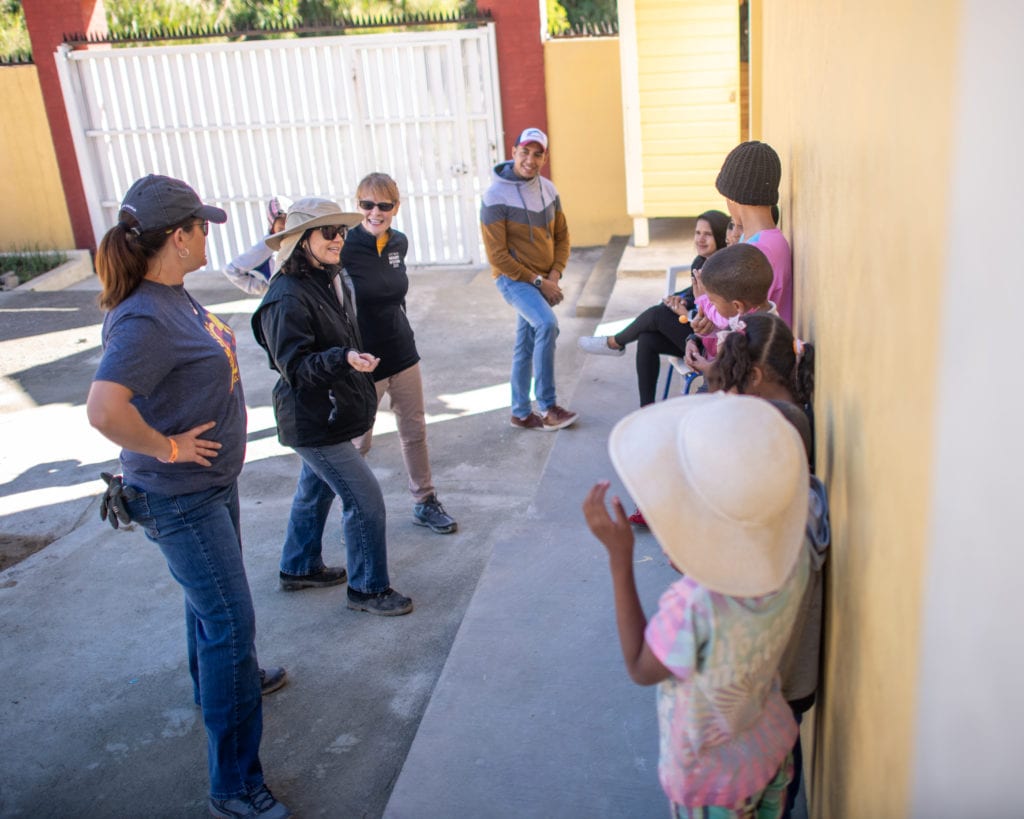 Having fluency in Spanish also allowed me to lead a brief expedition in the community with a small group of volunteers and children during a lunch break. We walked toward the “Rio Grande” down the road from the school, crossed a small stream that led to the river and climbed up a hill and across a small opening on the left side of a locked gate. My fellow volunteers were a bit apprehensive, however, I felt at home – the children were leading me. Once we crossed the gate, we found a community of small shacks, some with dirt floors, and natives out in the natural green areas between their homes. I quickly greeted the natives in Spanish and initiated a conversation to put them at ease – while I translated to my peers. Families offered us coffee and asked us to come into their homes. Our friends on the hill told us that they were family. We witnessed that in the Rio Grande community, they treat each other as family, everyone watches over each other’s children, they visit with the neighbors, they stop to talk with the neighbors, they build relationships with others … they seemed happy regardless of the little material belongings that they had – little from our vantage point. More surprising to us was the fact that regardless what they had they offered it to their guests – many times it was “café”.

My fluency in Spanish also granted me another special assignment as we prepared for school picture day. Other volunteers helped during picture day – some even got to handle the professional camera and take the photos – a task they quickly learned was much harder than it seems. As a proud mom, I asked volunteers to assist me in making the children tidy for their photos – “let’s see if we can get their jackets or sweaters off, and their hats, button their shirts, etc.” I quickly instructed them – we worked together to get the children photo ready. Students came in class groups from early childhood to sixth grade. The teachers and the principal also had the opportunity of getting their photos taken – which they greatly enjoyed.

During one afternoon, I asked the school principal if a group of us could visit classrooms. She quickly agreed, and off we went visiting each classroom. We stopped at the combined 5th and 6th grade class where I asked the teacher if I could begin the math lesson for the day. I asked him what he was teaching, and he indicated addition of fractions with common denominators. I quickly took on the teacher role and asked the children to define what a fraction was – I proceeded to use a small piece of chalk and draw a circle on the blackboard, I then drew a line in the center of the circle to make two halves. I was pleased to see that the children had understood the concept of fractions. The teacher in me was happy – I turned the class back over to the teacher. 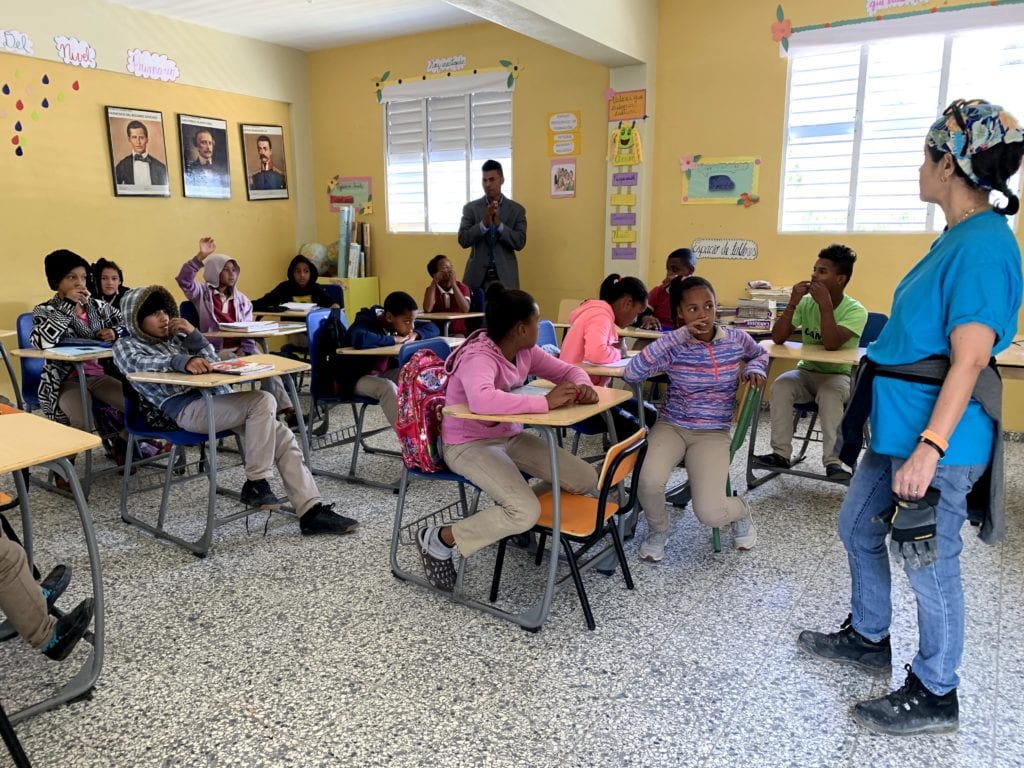 Dr. Cruz taught part of a math lesson during her time working at the school.

During another afternoon, I rode with the principal on a motorcycle to a teachers’ professional development (PD) session off site. I observed the PD session in which facilitators were sharing best practices in teaching literacy. Then principals from schools that were doing well on the Dominican Republic literacy assessment were sharing their school’s best practices. There were approximately 50 – 60 educators in a large room. On our ride back to the school, the principal explained how the other principal, who was sharing his experiences, had to travel by foot to get over the mountainside to his small schoolhouse. She shared that he had to bring the necessities for the children for the week and all the resources needed.

All in all, the trip was an amazing experience. We helped build an expansion to an elementary school and more importantly, we built relationships with the children, families, workers and community. We represented hope and the Dominicans were very grateful. They had very little, but the little that they had they shared with their guests. I was in awe to observe that a community with so little (from my perspective) seemed so happy – they spent their days working in the fields, visiting their neighbors, having conversations with everyone they came across, and building relationships. They spent the day in the green areas in their communities – outside – and they wanted to be there – because that was home. I experienced the great feeling of giving to others and spreading a little bit of hope. I would do it again. 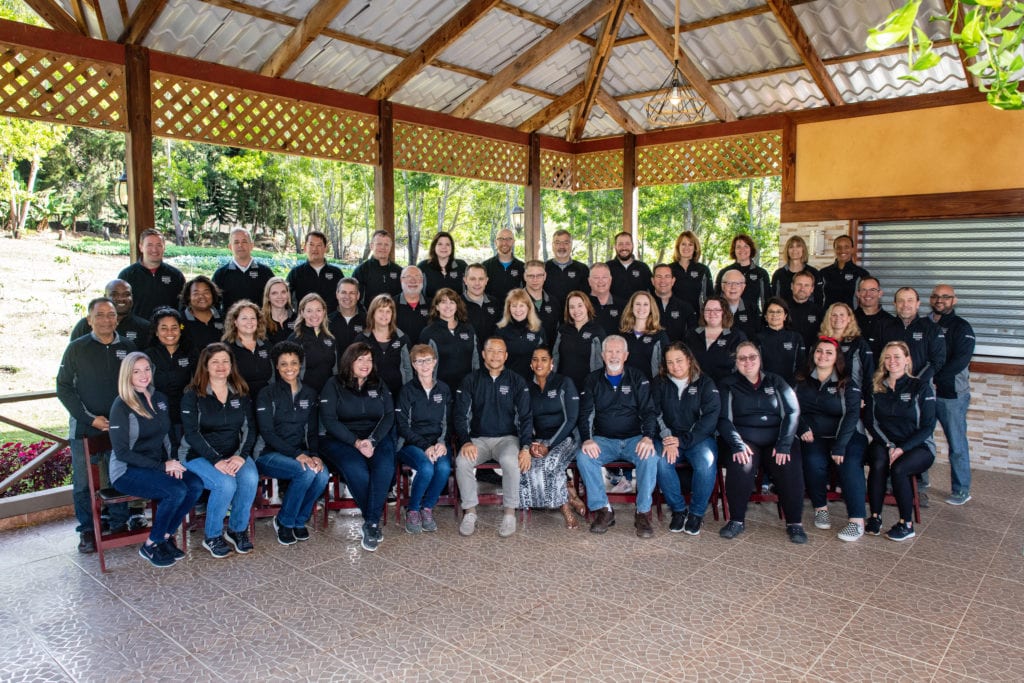