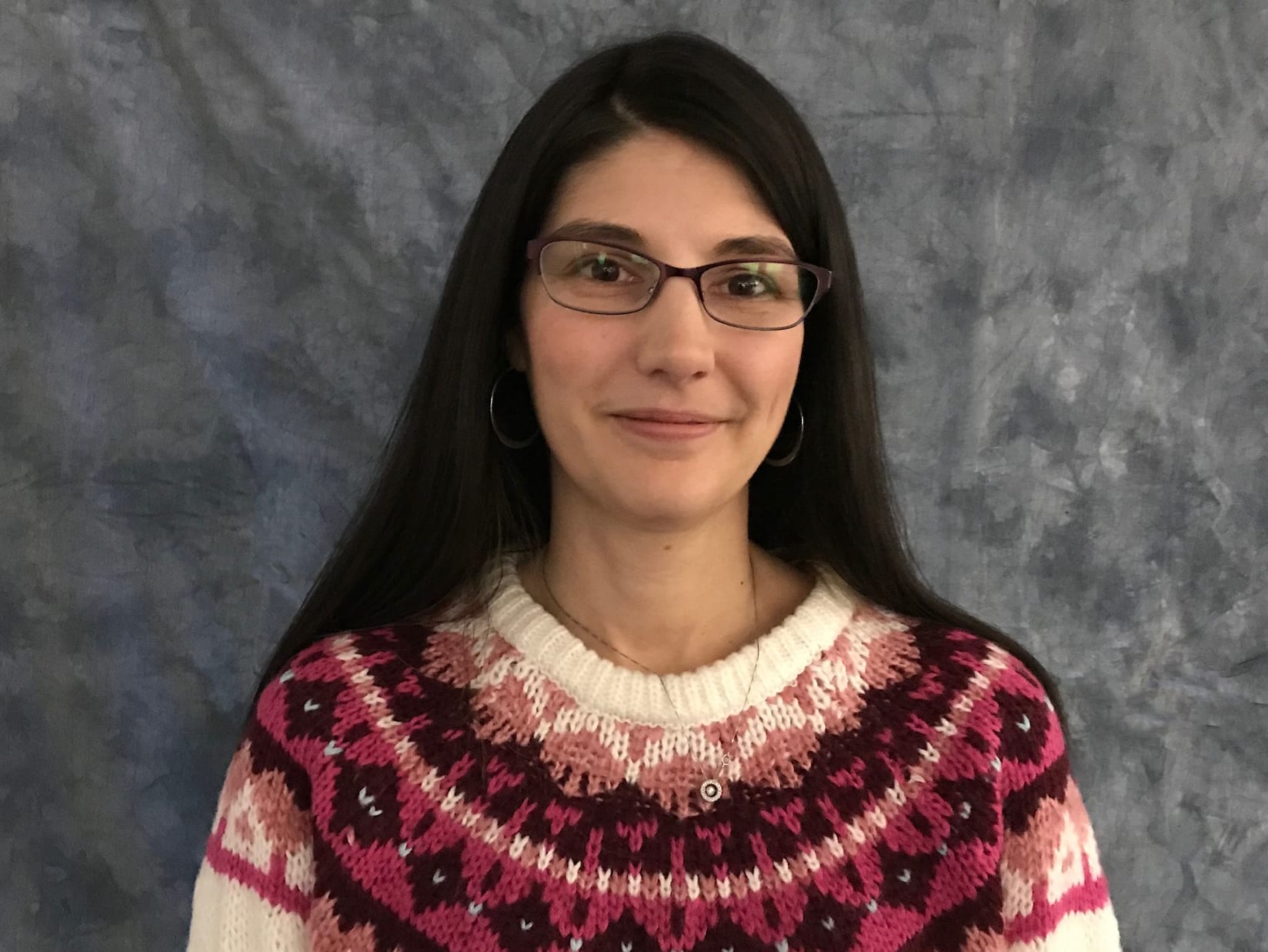 Nadine Gazzola was elected to the Questar III Board of Education in 2016, and was elected Board President in 2021. Prior to being elected President, she served as Vice-President in 2020-21. She has also served on the Taconic Hills CSD Board of Education from 2014-2019. She graduated from Ichabod Crane CSD and The College of Saint Rose with a degree in education and a concentration in psychology. She currently works for her family’s school bus business, Pulcher Transportation where she manages the Columbia County Transportation Program. Mrs. Gazzola also volunteers with the “Our Community Cares” program in Columbia County. She and her husband own Zero Tolerance Manufacturing in Ghent and have two children attending the Taconic Hills CSD. 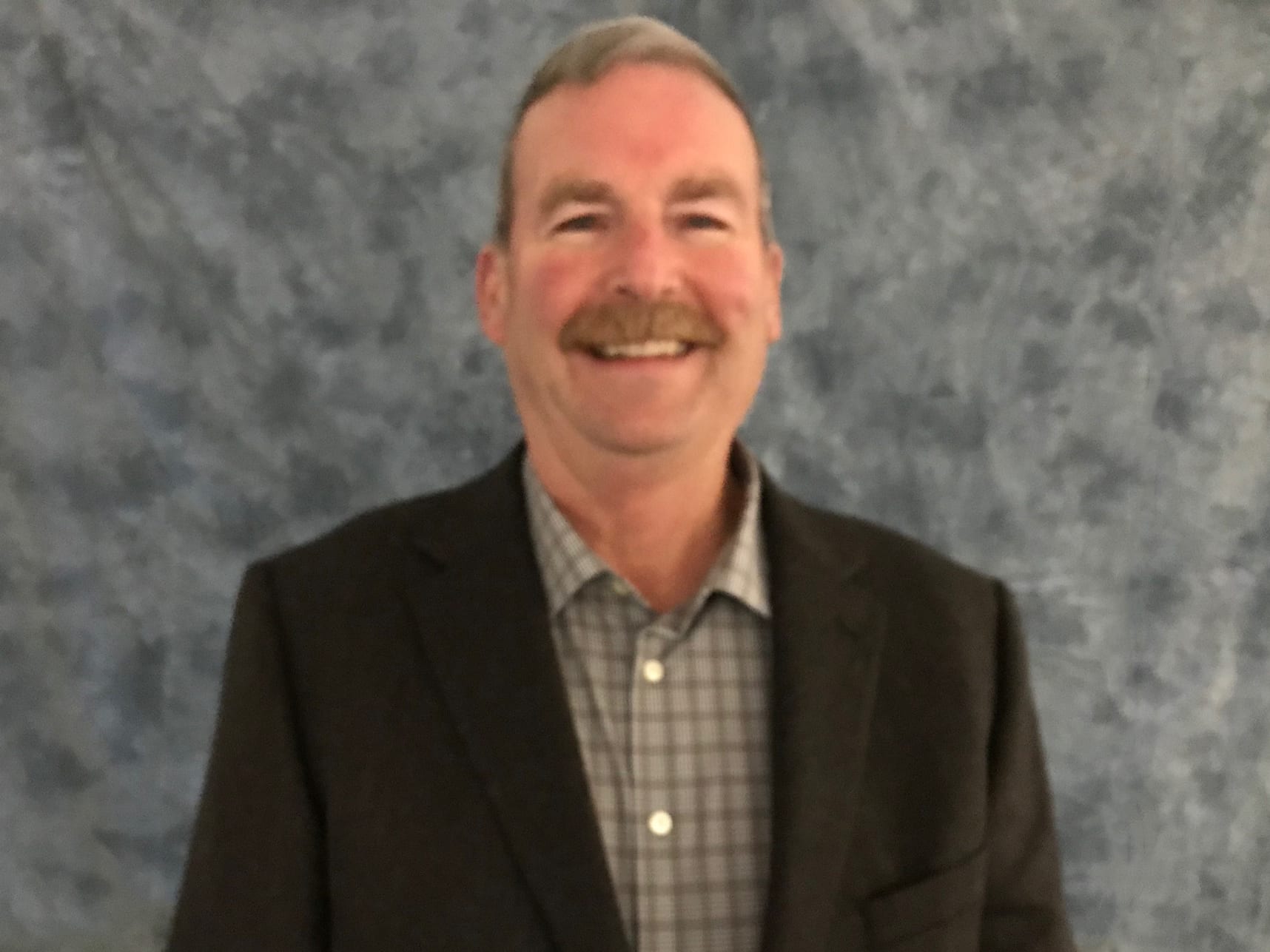 Joseph “Seph” Garland has served on the Questar III Board of Education since 2008, and was elected Vice President in 2021. He has been a member of the Coxsackie-Athens CSD Board of Education since 1991. Mr. Garland was also elected to the Tech Valley High School Operating Board in 2018. He is currently employed as a property manager, overseeing nearly 2,000 properties in the Capital Region. Mr. Garland resides in Coxsackie where he raised four children, and proudly lives in the house his grandfather built. 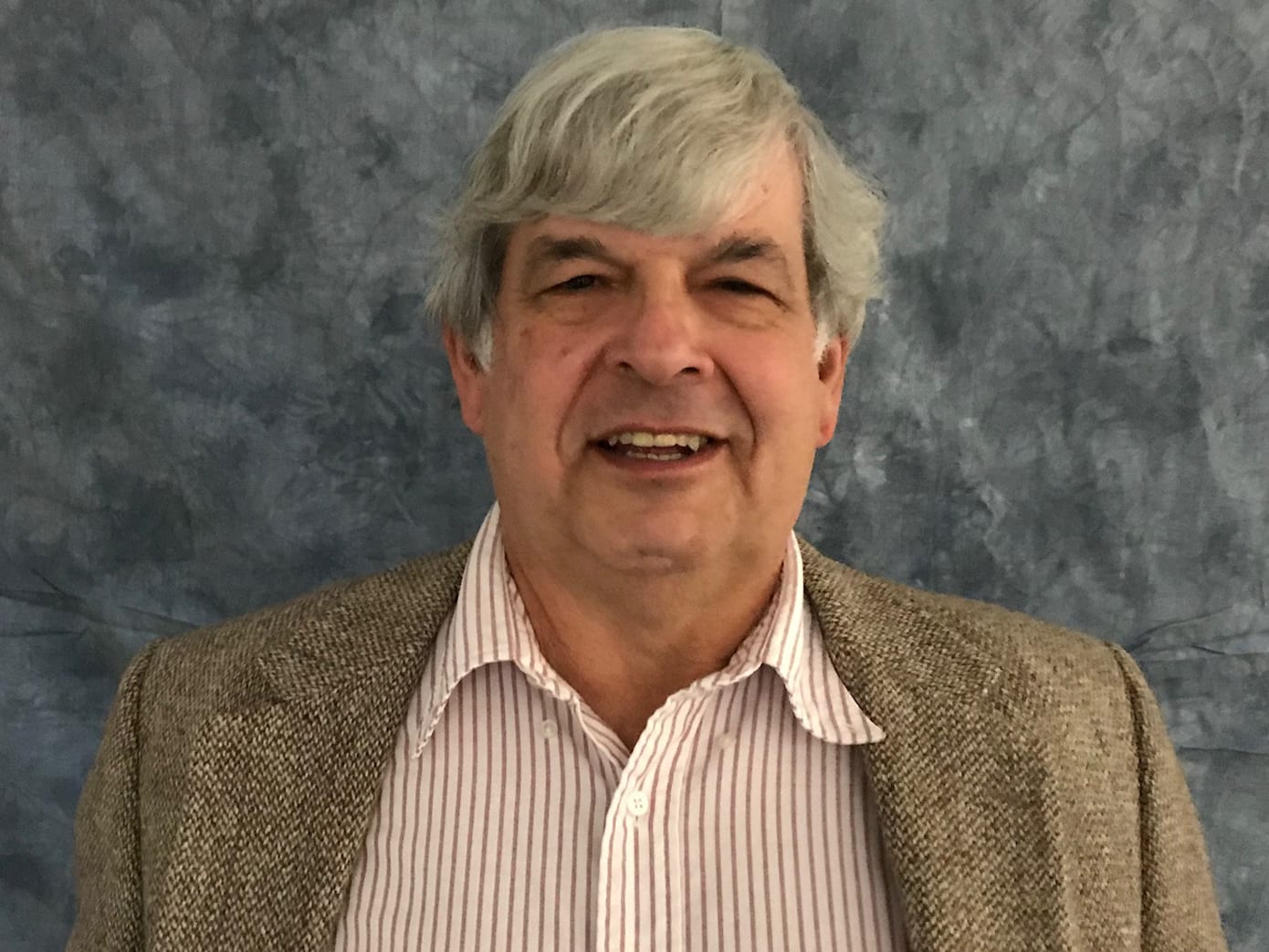 Edmund Brooks was first elected to the Questar III Board in 2005. He served on the Ichabod Crane CSD Board of Education from 1996 to 2006 and was elected president for five of those years. Mr. Brooks is also a founding member of the Tech Valley High School Operating Board, and currently serves as its president. He is a 31-year veteran of the machinery manufacturing industry and works for New York State as an accountant and auditor since 2011. Mr. Brooks resides in Niverville with his wife, Becky, and they have two adult daughters, Melissa and Hillary. 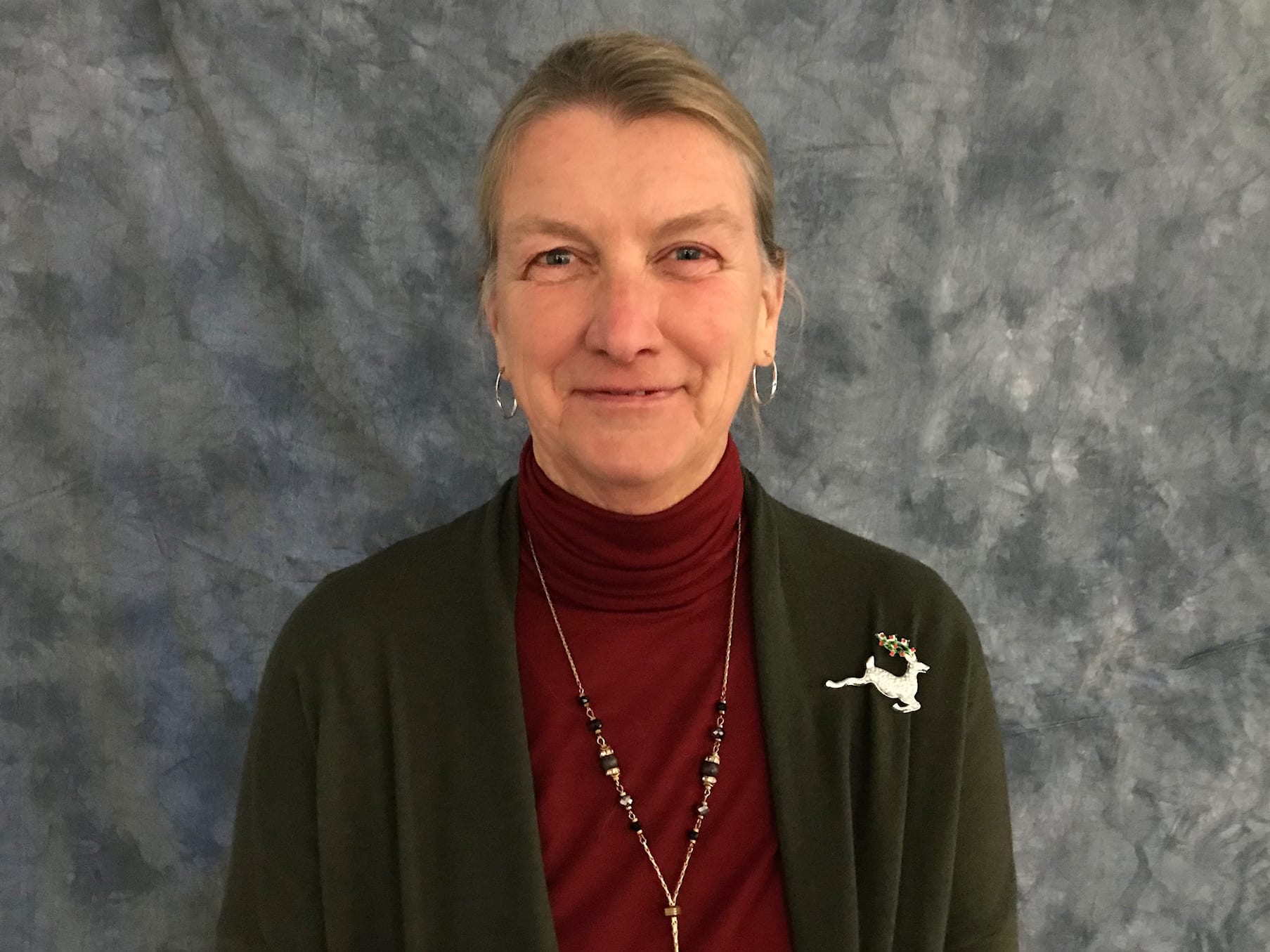 Mary Dowd Daly has served on the Questar III Board of Education since 2017, and served on the Hudson City School District Board of Education from 2006 to 2012, including one year as president. She is a graduate of Hudson High School and attended Hollister Jr. College and the College of Saint Rose. Ms. Daly has served on the board of Hudson Dollars for Scholars and is a current member of the Columbia Golf & Country Club and a mentor for the Hudson Reads program. She currently resides in Hudson with her husband John. They have three children, who are all graduates of Hudson High School. 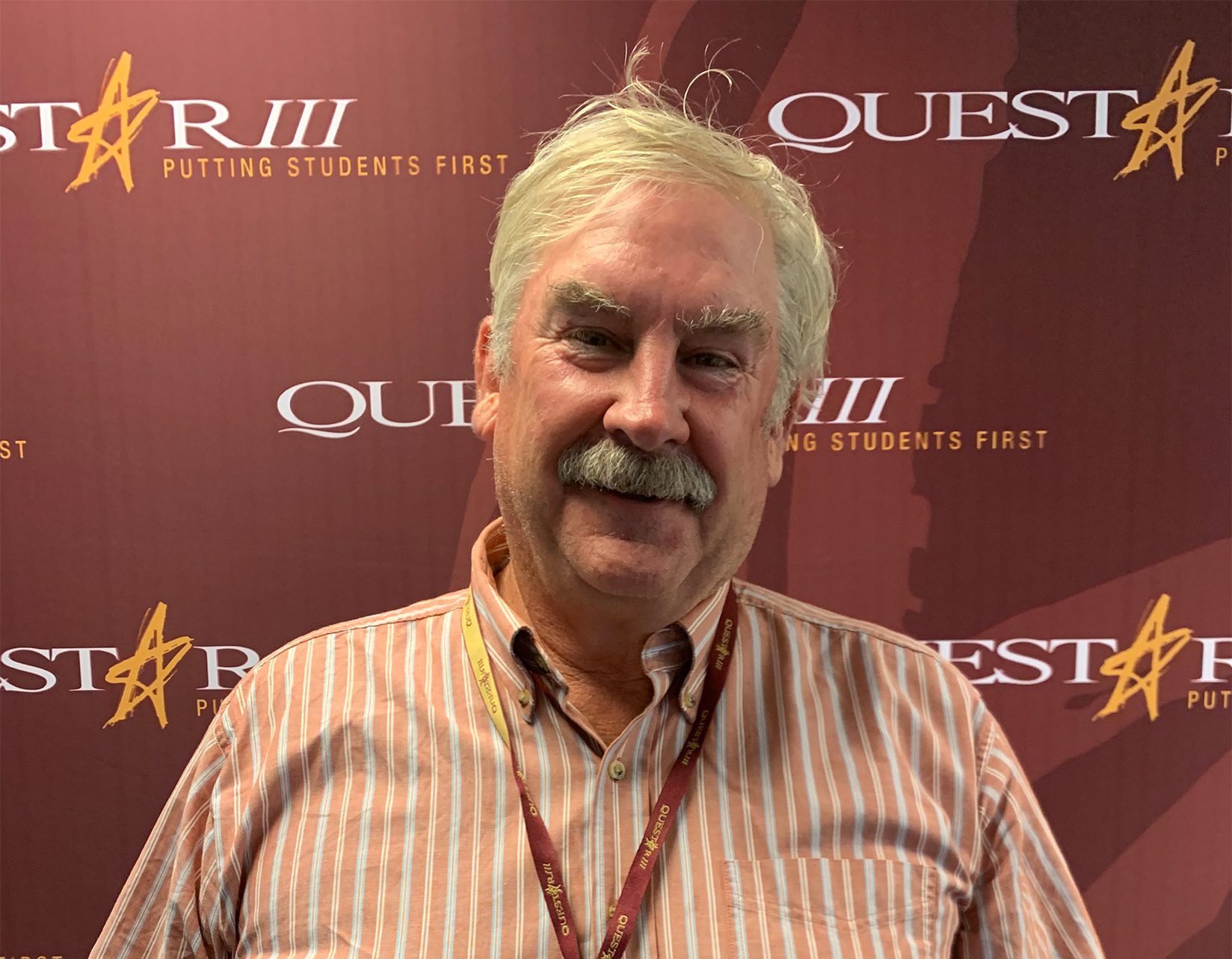 David Finch was elected to the Questar III Board of Education in 2022. He is completing his third year on the Greenville Central School board and is excited to be involved at the BOCES level. Mr. Finch retired after 35 years as an Industrial Arts/Technology Teacher at Coxsackie-Athens Central School. As the department chair of the Technology / Business Programs for 15 years, he helped teachers feel safe to improve their own programs. He started his education in a small central school in Milford, NY and holds a BS in Industrial Arts Education from SUNY Oswego and has two MS degrees in Technical Education and Early Childhood Education K-6 from SUNY New Paltz. He and his wife Margaret have been married for 39 years and have two children. 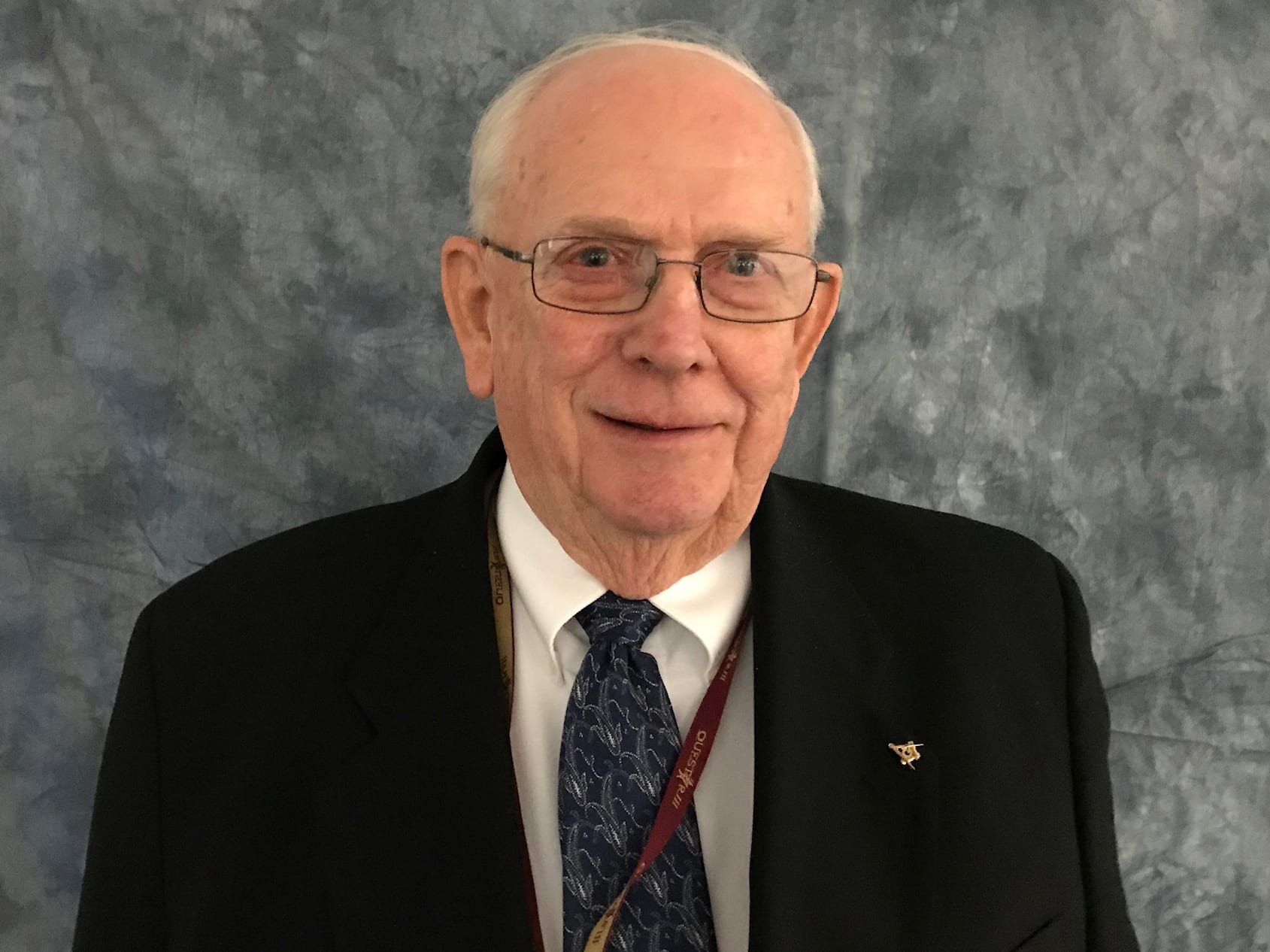 Mr. Hill was first elected to the Questar III board in 1996 and served as its president from 2015-2021. He served on the Hoosic Valley CSD Board of Education from 1977-1997. He worked in the asphalt paving industry in Rensselaer County, White Plains and Buffalo for 55 years until his retirement in 2006. Following Hurricane Irene in 2011, he lead a group of volunteers rebuilding 35 homes in Middleburgh, NY. He says being a member of a school board is a perfect example of how one can take an active role in public education and affect decisions that can bring about change in our world. 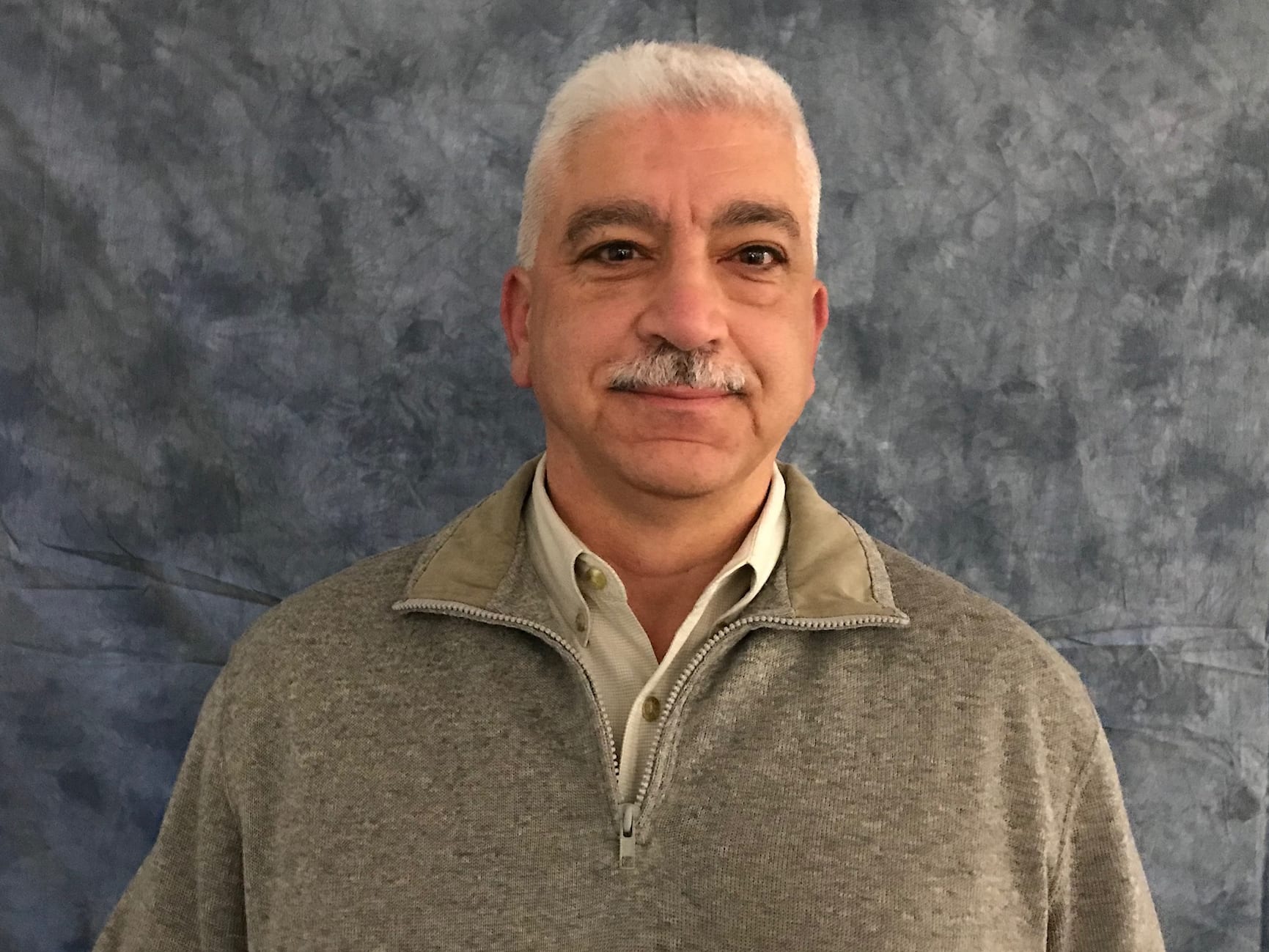 Mark Mann was first elected to the Questar III Board of Education in 2018. He has also served on the East Greenbush CSD Board of Education since 2008, holding the office of Vice President since 2014. He has served on the district’s safety committee and has been instrumental in the design and development of several security policies and enhancements. Mr. Mann retired from the East Greenbush Police Department in 2015 after serving for 21 years. Previously, he was a member of the Rensselaer County Sheriff’s Office for seven years prior to transferring to the East Greenbush Police. He is a veteran of the United States Air Force and continues to serve as a Chief Master Sergeant in the NY Air National Guard. Mann and his wife, Tina, have lived in East Greenbush for the past 24 years and have two children. 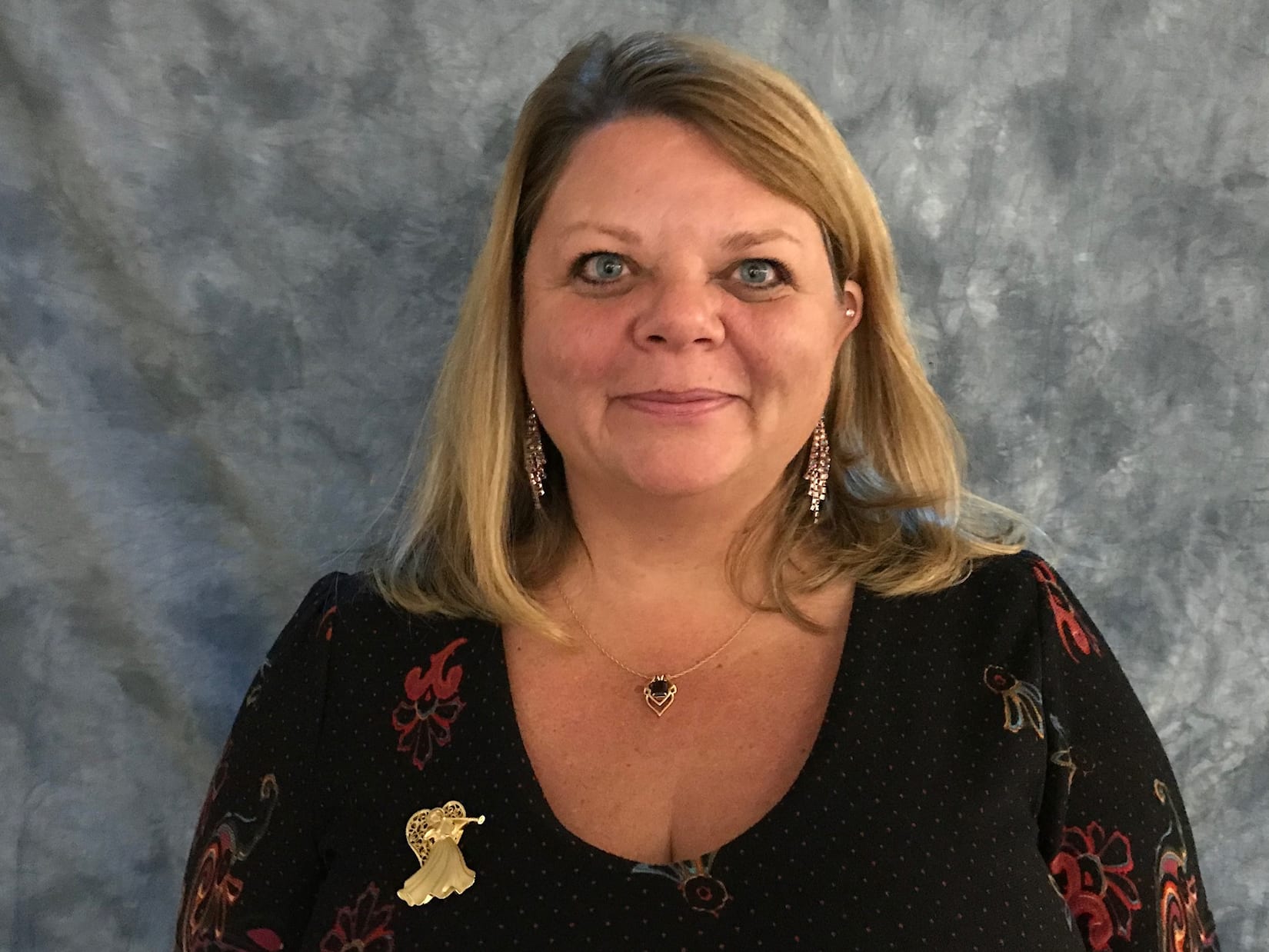 Mary Marro-Giroux is running for her third full term on the Questar lll BOE. She is a former member of the Board of Education for the Enlarged City School District of Troy with her first term from 2009-12 and then re-elected in 2014 until 2018. As a Troy Board member Ms. Marro-Giroux was instrumental in obtaining public support and overseeing the capital project for the reconstruction of the Troy Middle School and also the Board representative for the Educational Design Committee as the project progressed. Ms. Marro-Giroux is the past vice president of the Board and past chairperson of the Education Committee. She has served on the district’s Building Use Committee and Citizens Advisory Committee. Ms. Marro-Giroux has been a strong advocate for Troy, meeting with the elected officials on budget issues and assisting with petitions and letter-writing campaigns.

Additional community service includes current President of Board of Directors for Catholic Charities Disability Services and past vice president for the Capital Region Autism Society.

Ms. Marro-Giroux is a graduate of Troy High and has a master’s degree in Occupational Therapy from Sage College. For over ten years she worked in local school districts as an Occupational Therapist and is currently employed by the Eddy VNRA.  Her work history encompasses many settings with people and children who have special needs including three ARCs, Questar III, VNA homecare, Eddy Cohoes Rehabilitation Center, Fawn Ridge Adult Home and Seton Health.  Ms. Marro-Giroux has a passion for empowering those in need through her vocation and education.

Mary and her husband have two children, both graduates of Troy City Schools. 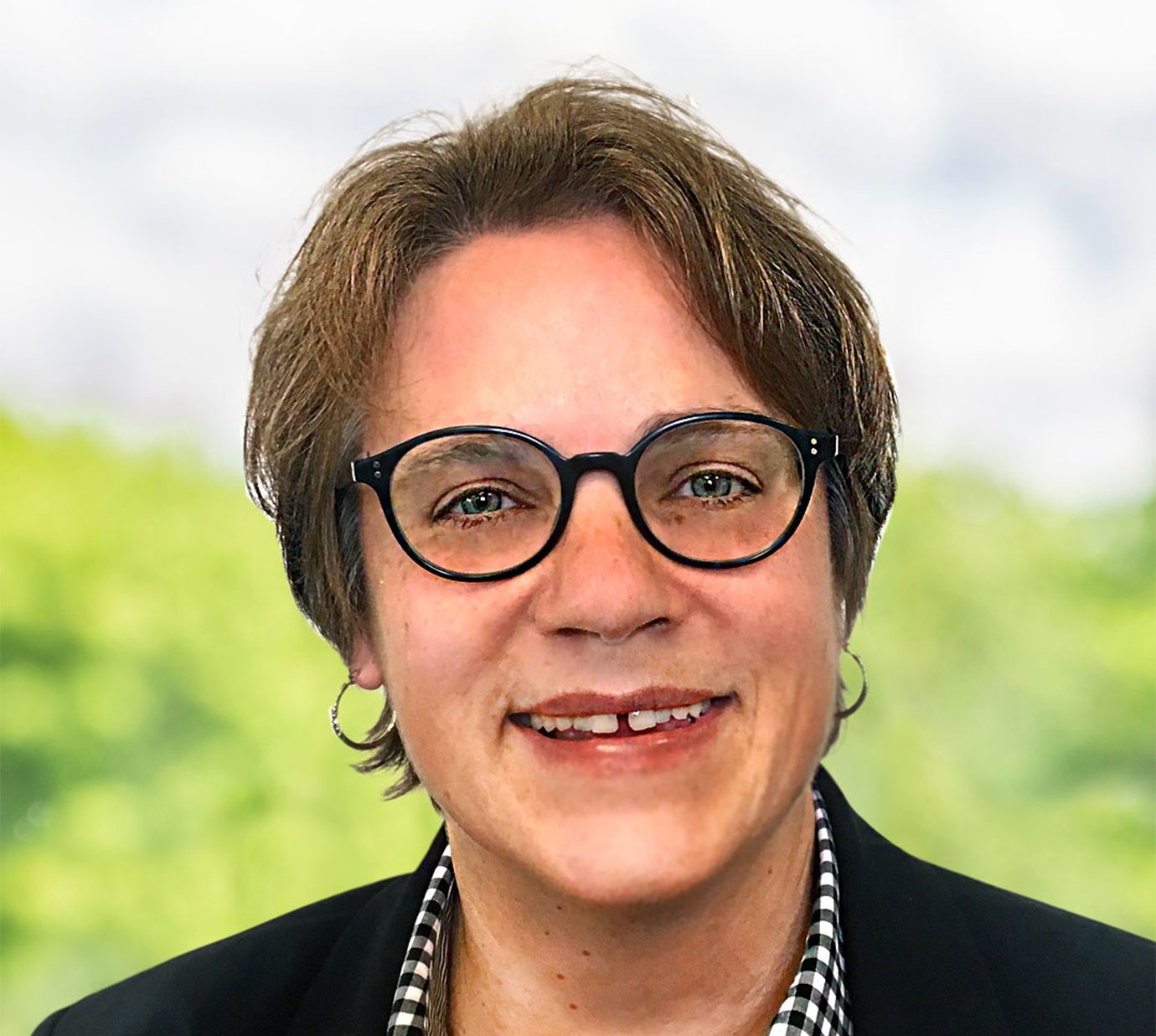 Melony Spock was elected to the Questar III Board of Education in 2022. Spock is a former member of the Chatham Central School District Board of Education from 2009-2017, serving six years as president. Public education is important to Melony especially in this ever-changing world. She is looking forward to working on the Questar III BOCES board to help meet the educational needs of all students. Melony works at the New York Health Facilities Association as the Project Firstline NY Project Manager. She is very involved in her community and currently is the President of the Chatham Education Foundation. She also serves as Trustee for the Village of Chatham and is the President for Chatham Area Business and Arts. Melony received her Associate Degree at Columbia Greene Community College. Melony is a 1984 graduate of Taconic Hills High School. She is married to Jim Spock, a teacher and coach, and has three children.

Mary Yurista was elected to the Questar III Board of Education in 2020. She has also served on the Schodack CSD Board of Education since 2014. Yurista has been a member of the Technology and Audio committees and currently services on the Audit Committee. Yurista holds a Bachelor’s Degree in Computer Science from SUNY Oswego and an MBA from the University at Albany, as well as various insurance certifications. She is employed by the American National Insurance Company (Farm Family) in Glenmont and has worked in the insurance industry for over 40 years leading and participating in projects that have brought innovation and improvement to business processes.

Yurista and her husband have been residents of Schodack for since 1987 and have three sons, all of whom graduated from Schodack CSD. As a parent, she wants the same success for every student that her children have been able to enjoy. As a member of the Questar III Board of Education, she hopes to be able to assist in the advancement of education to facilitate the future success of students in a 21st century economy. 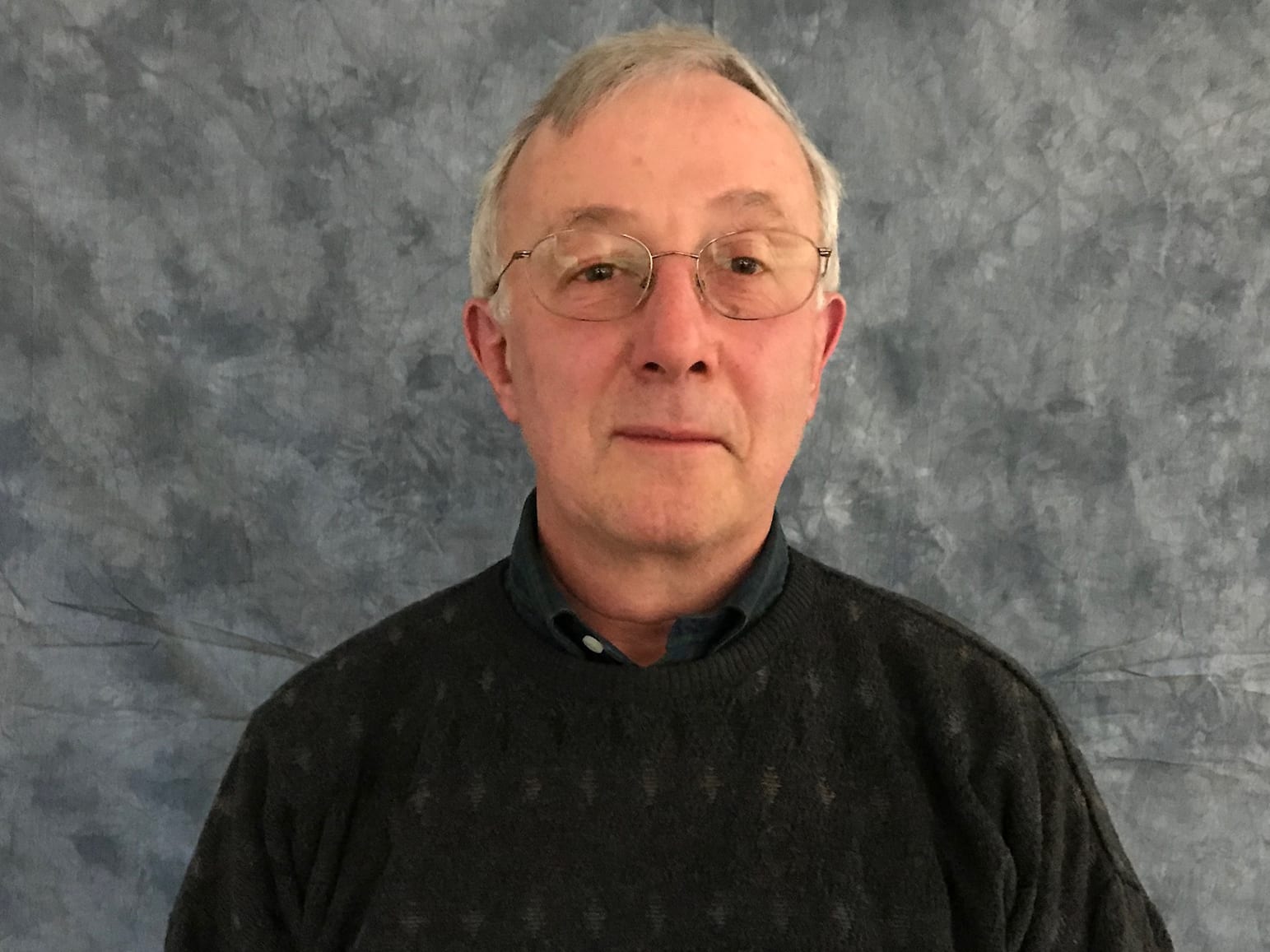 Frank Zwack, Jr. was first elected to the Questar III Board of Education in 2015, and also currently serves as the President of the Berlin CSD Board of Education, of which he has been a member for more than 30 years. Zwack is President of Zwack, Incorporated in Stephentown, which manufactures specialty machinery and equipment. He has been a member of the Stephentown Volunteer Fire Department for over 40 years, during which time he has served as both Fire Chief and President. He is a lifelong resident of Stephentown, a graduate of Berlin High School, Hudson Valley Community College and Union College. Zwack and his wife of more than 40 years, Deborah, have two children and two grandchildren.