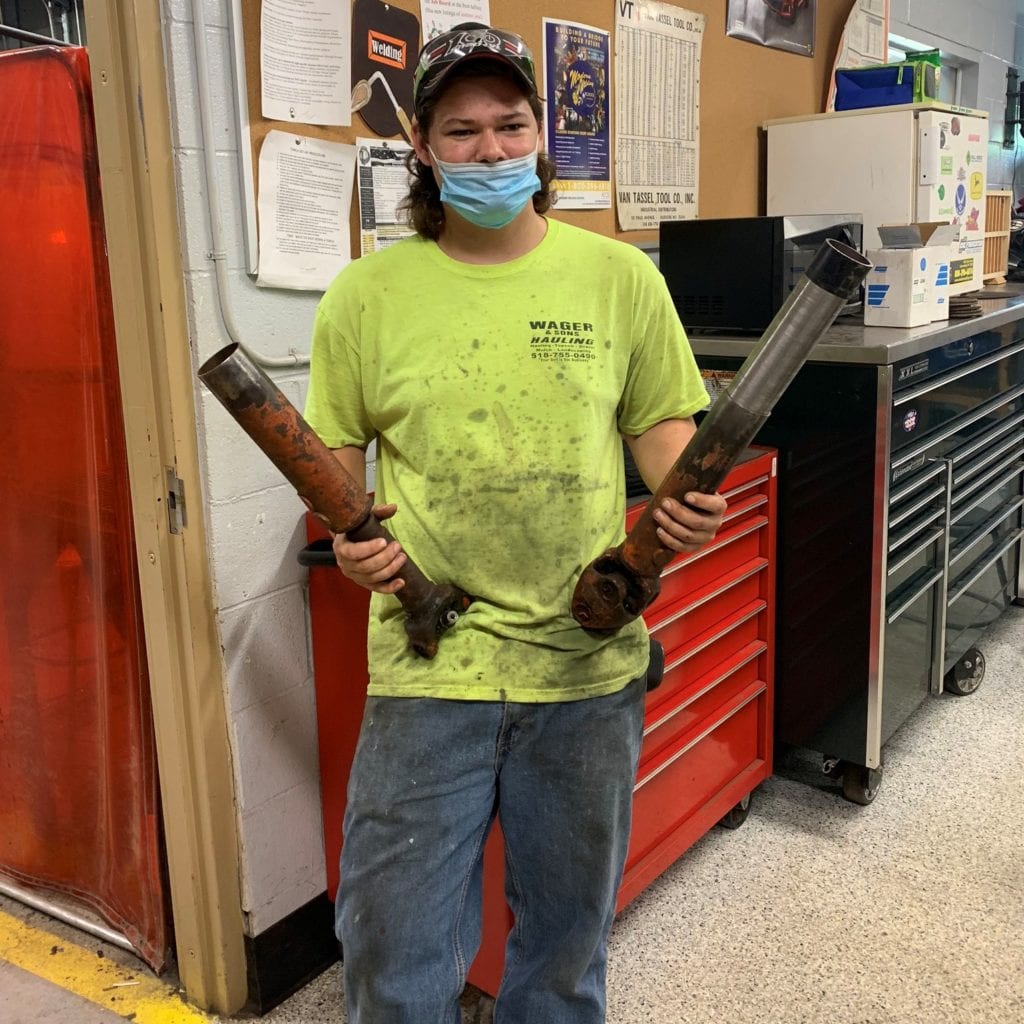 Logen Curless, a senior from Cairo-Durham CSD in the CGEC Welding program, has been putting his technical skills to good use on a project he began at home – restoring his father’s 1978 Ford Bronco.

The truck’s motor seized up 10 years ago, and has been sitting in the woods near his home ever since. Logen began extending and repairing the drive shaft, stripped the vehicle down, removed the transmission, sanded and painted the frame, and made motor mounts and welded the seat frame in class at CGEC. He dropped in the motor and transmission, and while it’s not quite roadworthy just yet, it is running and driveable.

Logen’s interest in welding was sparked by his older brother Luke, who also completed the Welding program. Both brothers have had a long academic career with Questar III that began when they were enrolled in the CGEC Nursery School many years ago, a program that is no longer in operation.

A comparison of the vehicle before and after Logen’s work on it.

After graduation in June, Logen plans to find work in the field and hopes to one day open his own shop and build trucks. He says he’s even considering inviting his brother to join him.

Until then, Logen says he enjoys learning a trade that will always be able to provide work.

“The welding skills learned here help you go forward whether at work, on the job or with your own personal projects. I could go all over the world and will always be able to have a welding job.”