Questar III alumni reunited at the Academy at REC 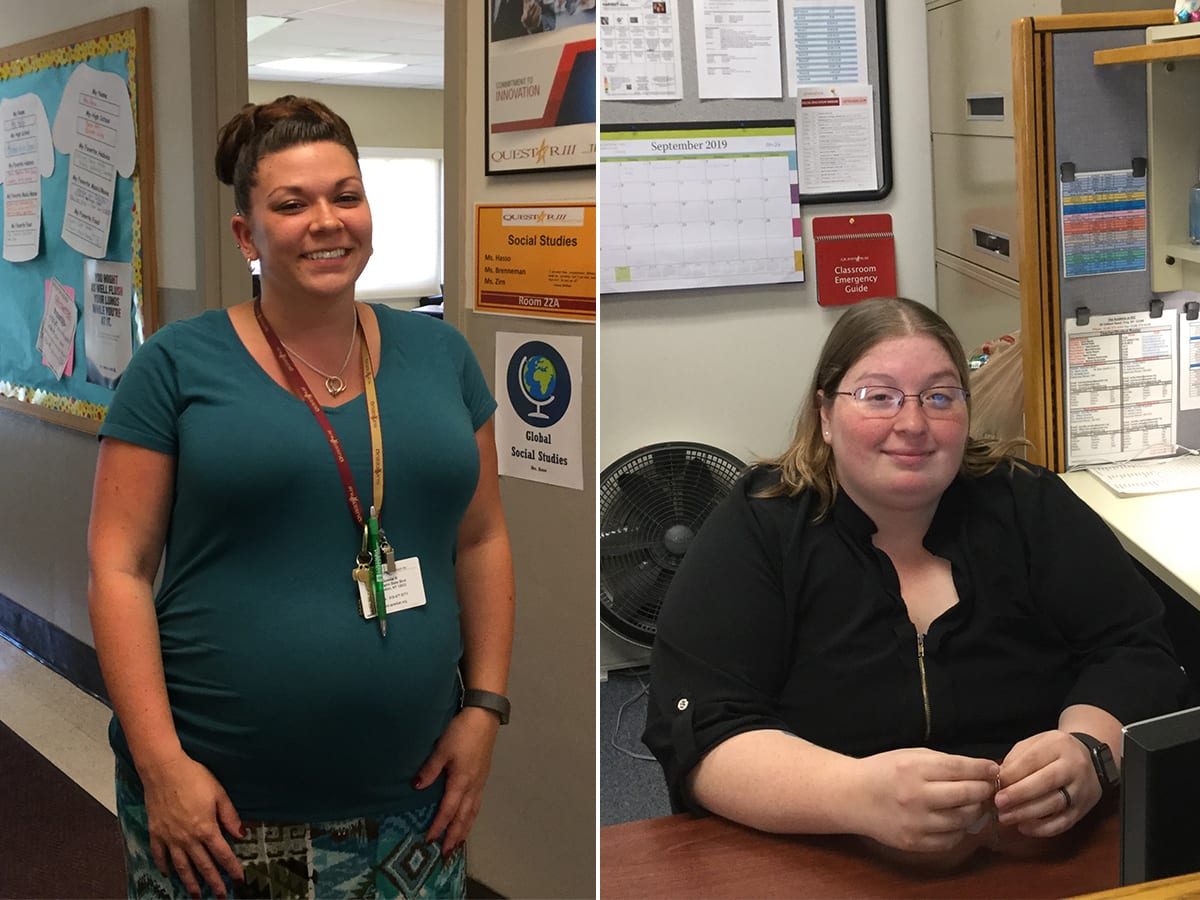 Tiffani Favorito (L) and Rachel Gatti (R) both graduated from Questar III CTE programs in 2007. Now they are coworkers at the Academy at REC.

While they were CTE students and Columbia-Greene Educational Center (CGEC) in 2007, Rachel Gatti and Tiffani Favorito never expected to end up as coworkers at Questar III more than 10 years later. Gatti, a Criminal Justice student and now a Senior Clerk and Favorito, a Cosmetology student and now a Teaching Assistant both had different career paths in mind than the ones in which they ended up at the Academy at Rensselaer Educational Center.

After graduating from her program, Gatti attended Columbia-Greene Community College for Individual Studies and Psychology. Having earned her New York State Security Guard License through the Criminal Justice course at Questar III, she began looking for employment in that field, but found she was too young to apply for a position as an armed guard, which made up most of the openings. She began working in a variety of retail settings and taking Civil Service exams, which eventually led her to a Senior Clerk position at Questar III in 2016. She applied because she felt working for the BOCES she once attended was more of a career path than her previous jobs.

Favorito completed her program after competing in the SkillsUSA Regional and State competitions in both her junior and senior years. After graduating from high school, she worked in a salon in Hudson for almost 10 years while also attending Columbia-Greene Community College where she earned an associate degree in Fine Arts. She enjoyed having children as customers at the salon, and combined with a high school internship in a Special Education class, she applied to Questar III as a Teaching Assistant where she is now in her third year. Questar III is a big part of her family as well. Favorito’s husband, Joe, graduated from the CGEC Automotive Technology program.

Gatti says she enjoys working with kids even though she never thought her career would bring her to education, and her experience informs her advice to students.

“Life is funny, you may choose to pursue a dream and then maybe realize that was not really your passion.”

Favorito says her time as a student at Questar III is what made her want to apply for a job at the BOCES, and sees a benefit in her CTE course, even though she isn’t working in the field currently.

“I encourage any CTE students like I was to put everything they have into their program. No matter what you decide to do, CTE can help with your future as you always have something to fall back on.”

Academy at REC Principal Chris Martel says Gatti and Favorito are an important part of the team and bring great insight to their students.

“We are so fortunate to have Tiffani and Rachel on our team here at the Academy at Rensselaer Educational Center. Besides performing the important work they do here every day so well, they serve as role models for our students. They provide an example to all of our students of how interesting career pathways can lead to a job you love, and demonstrate the great opportunities available for students attending any of our programs – including returning to Questar III.”