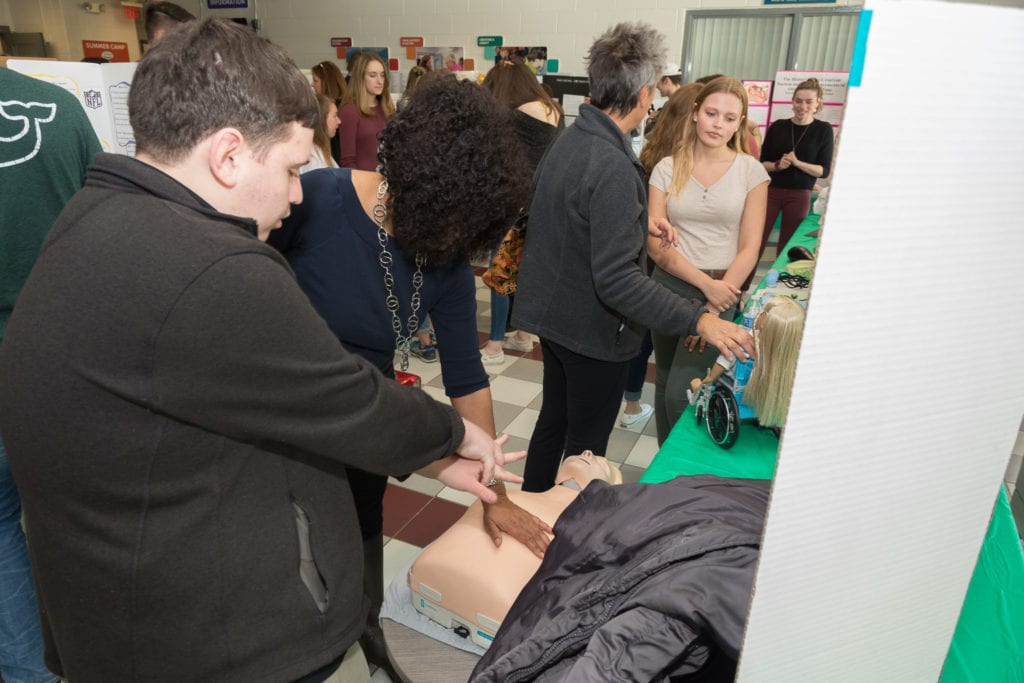 For the second year in a row, New Visions: Medical students hosted a medical science fair at the East Greenbush YMCA. Students presented topics including pregnancy, fetal and neonatal development, bone and joint damage and restoration, cancer physiology, first responder history and techniques, brain injury and restoration, and the senses.

While the program covers a wide range of topics in a relatively short period of time, work is often completed quickly. Planning for this event allows students to take a deeper dive into a topic of their interest and bring it to life in a creative way – with either a 3d model, a demonstration, or a research poster.

Teacher Tammie Borland says they chose the YMCA because of the interest of their members on topics related to health, fitness and medicine, and member interest shows – many of the student booths had visitors all morning.

The second New Visions: Medical Science Fair was held May 15 at the East Greenbush YMCA

The New Visions: Medical program launched in Sept. 2016 and is based at Samaritan Hospital in Troy. The rigorous, one-year program for high school seniors is designed to allow students to experience a variety of medical careers in several specialty areas, including hands-on rotations and college-level coursework.