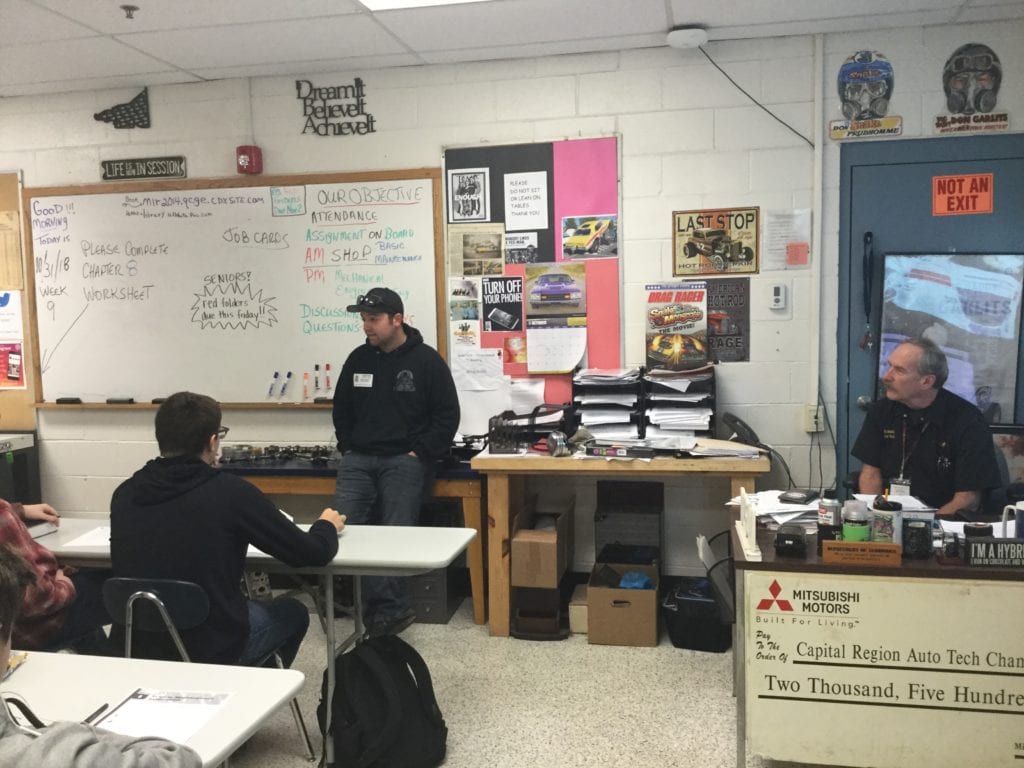 After Questar III, Meyer attended Ohio Technical College for their High Performance Program.  Near the end of his college program, he was visiting Kalitta Motorsports on a field trip, and asked the staff there a lot of questions about the equipment.  At the time, he had other career pathways in mind, but when the group was asked if anyone would like to leave a resume, he decided to do so.  He want on to work at a Toyota Dealership in Ohio, but then applied for a job at Kalitta.  He said he the staff remembered him because of his thoughtful questions and the interest he showed on the tour.

Meyer brought the portfolio he started at Questar III – including additions and improvements he made during college. 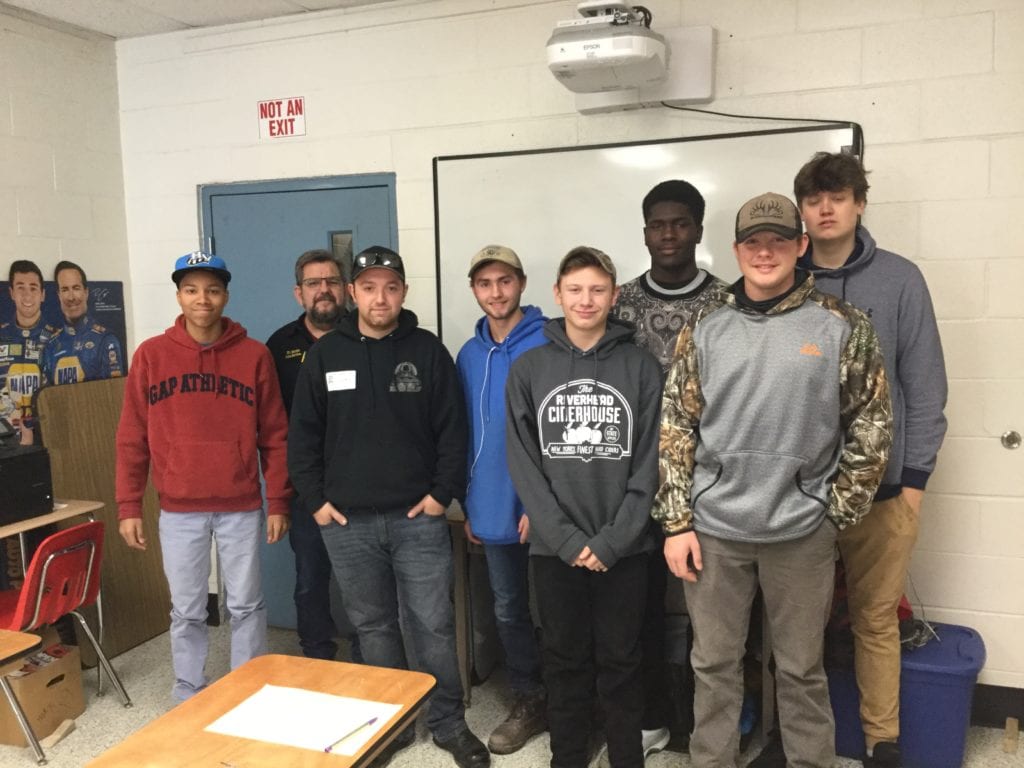 “When I was at Questar, I remembered thinking that the portfolio wasn’t that important, but at the interview I thought, this stuff works!  I’m glad did it,” Meyer said to the class.

Offering advice to the students, he stressed the importance of working hard and doing your best.

“Keep your heads up, keep working, do your best, you never know where it will get you.  Even if it is just a worksheet in class, do the best you can with everything no matter what.  With good habits, things will come to you. I wanted to do something different and you guys can be different, do anything you want to. It’s hard work, but rewarding to ‘turn on the win light’. You need to work together as a team, even if you don’t like everyone, you work together, doing everything for your buddies on the team so you can win a championship, get the bonus check and the gold #1 on the car for the start of next year’s racing season.”

After his visit to Questar III, Meyer’s words became his reality.  The J. R. Todd Team, including Meyer, went to the Auto Club NHRA Finals and they earned the NHRA Mello Yello Top Fuel Funny Car Championship.  Meyer’s brother Logan, currently in his first year of Auto Technologies at CGEC, brought in an engraved piston from the winning engine to show to his class.

With traveling 257 days a year,  Tanner may look at other career opportunities in the future, especially if he has a family one day. For now, he is proud that not many people can say they worked on a fuel car, like he does – much less a championship team! 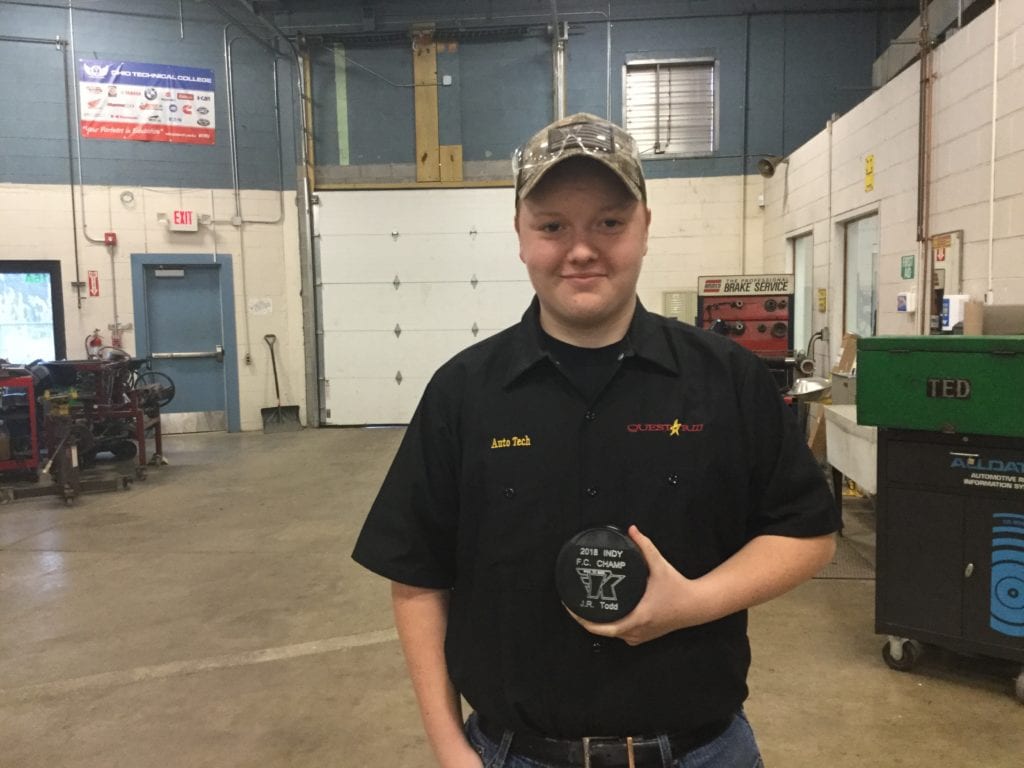 Meyer’s brother, Logan, shows a piston from the winning car his brother worked on